Being felt profoundly on every aspect of life. Sun Foundation Chairman, Mr. Vikramjit Singh Sahney, has come forward to the aid of less fortunate and under privileged since the onset of the pandemic. He continues to contribute and work diligently to assist people in distress through his initiatives and various humanitarian projects. 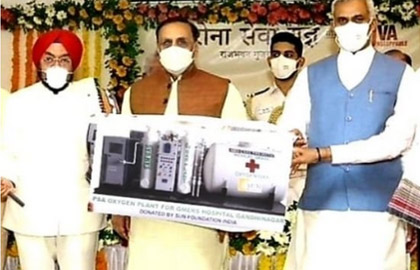 Mr Sahney has announced the donation of a PSA oxygen generation plant at GMERS Hospital in Gandhinagar, Gujarat.

The announcement was made at a recently held function in Gandhinagar in the presence of the esteemed Governor Acharya Devvrat and Chief Minister, Mr. Vijay Rupani 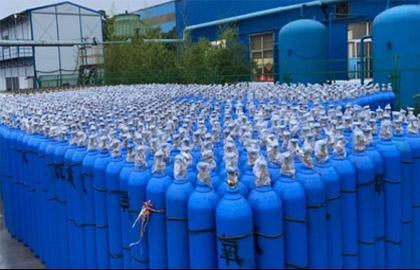 He is also in the process of setting up an oxygen plant pro bono in Fatehgargh Sahib for Government hospital to cater to 200 patients. 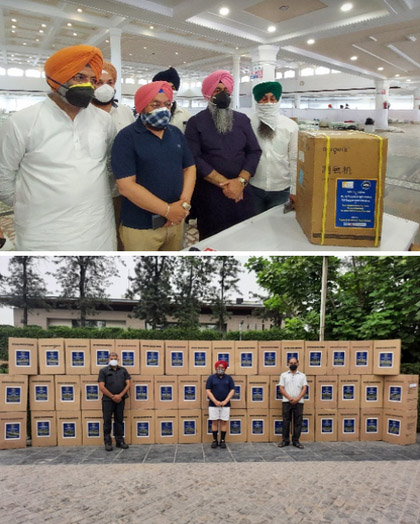 Additional 500 oxygen concentrators have been donated to various hospitals and COVID care centres across Delhi to support.

With the significant rise of Covid-19 in the villages of Punjab, 300 oxygen concentrators has been donated at various places in the city through Red Cross, Shiromani Gurdwara Parbandhak Committee, Gurudwaras and various other channels.

Concentration banks have been set up by district administrators in various cities for efficient and speedy provision of the oxygen concentrators. 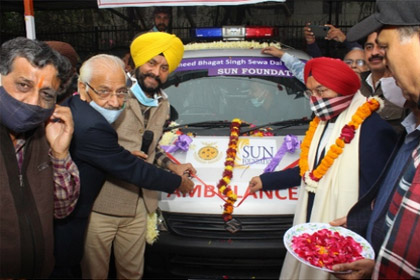 The ambulances are equipped with state of the art collapsible stretcher, oxygen cylinder and other life saving machines. These can also be used as mortuary vans if needed. 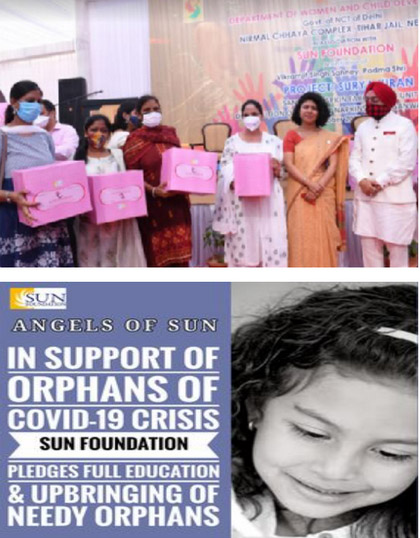 Welfare of women and orphaned children

Distribution of 1 lakh bio-degradable sanitary pads and face masks was undertaken on October 2, 2020 as part of the personal hygiene, dignity of women and protection from corona as a mark of respect to the memory of Mahatma Gandhi and clarion call of PM Modi ji.

It is a matter of pride that the sanitary napkins and face masks were made by the inmates of Nirmal Chaya who have been
trained by Sun Foundation, NGO of Mr. Sahney.

Covid has devastated families across India, orphaning many children. In a measure to help such children, Mr. Sahney has
pledged to shoulder the responsibility of them under his ‘Angels of Sun’ project.

He has promised to provide much needed care for their emotional trauma and aid their educational endeavours. This assistance is available for children across India. 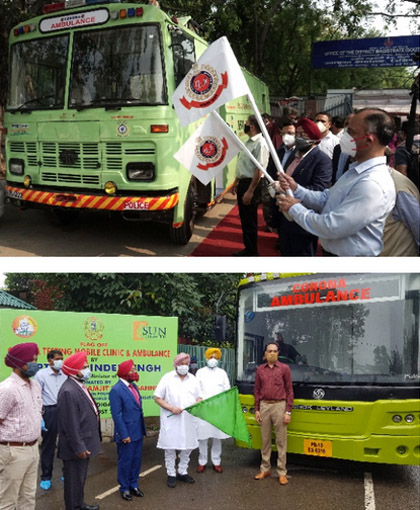 To enable testing of suspected patients in remote areas and containment zones without risking transmission of the virus,
corona testing mobile clinic and ambulances were donated by Sun Foundation.

The First Corona Testing Mobile Clinic and Ambulance was donated to Delhi NCR, flagged off by the Chief Secretary of Delhi, for free testing in clusters and to contain the virus in the best possible way.

Second Corona Testing Mobile Clinic and Ambulance was donated for the benefit of rural population in Punjab.

It was flagged of by the Chief Minister of Punjab, Capt. Amarinder Singh in Chandigarh and since then has been operating 7 days a week enabling door step testing. 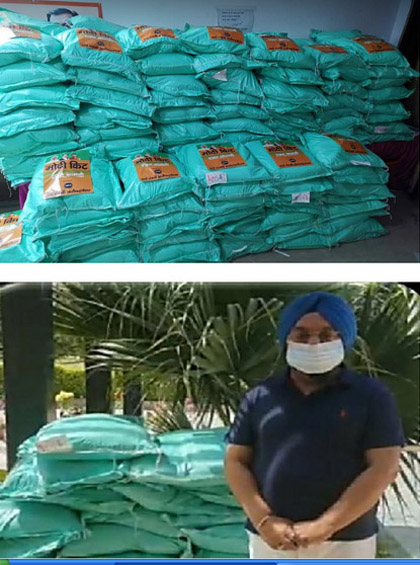 Distribution of food and dry ration kits was undertaken in the slums of West Delhi/Trans Yamuna slums.

Nearly 10,000 beneficiaries including industrial and construction labour residing in clusters were chosen since they were in dire need of assistance due to lack of funds and the lockdown.

To address the widespread hunger crisis, a free community kitchen was set up and a donation of 51 lakh rupees was made to gurudwara Bangla Sahib by Mr. Sahney.

This initiative was taken up focusing on the rich living tradition of food sharing which is widely practiced in ‘’Langars’ or community kitchens practiced by Sikh primarily. 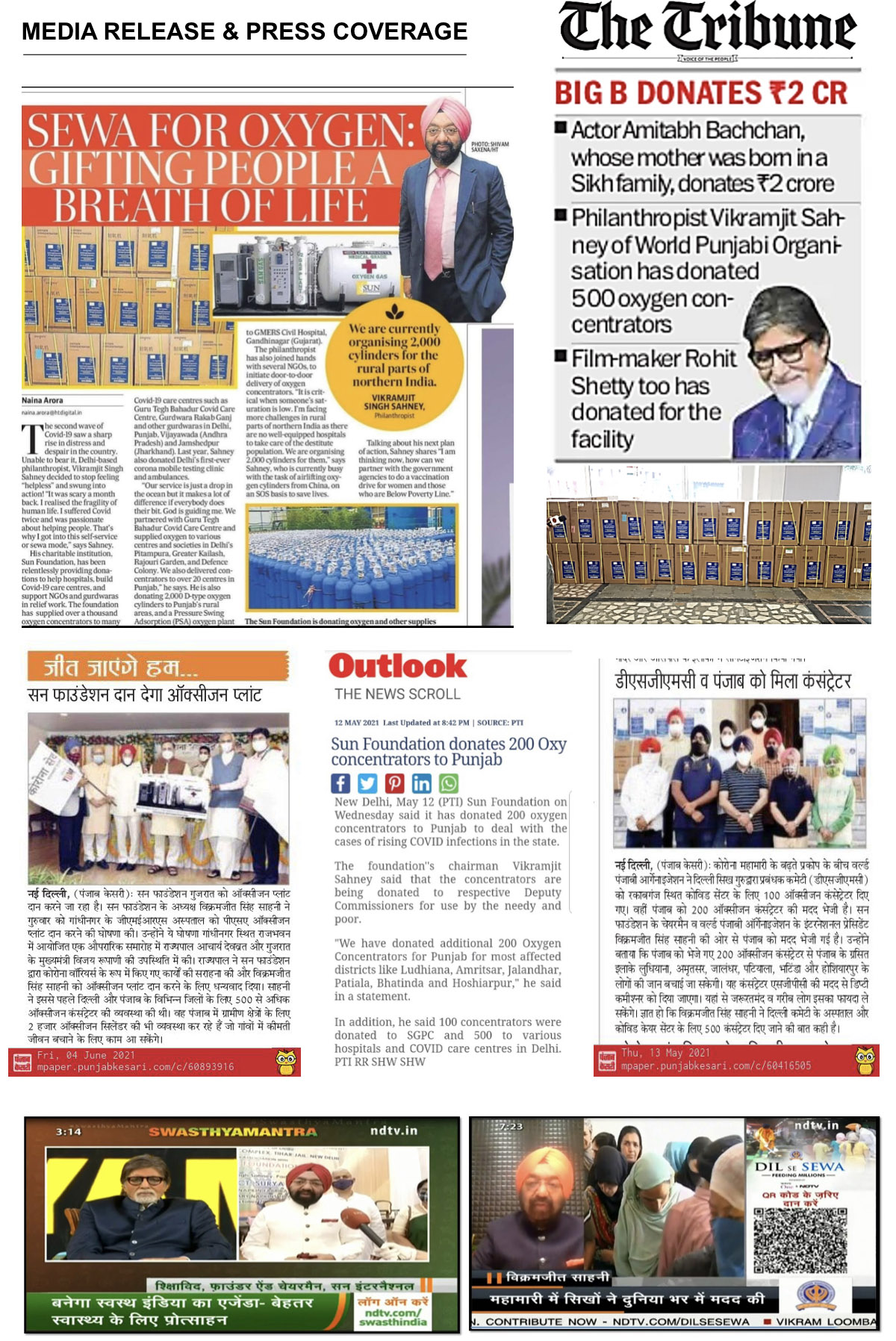